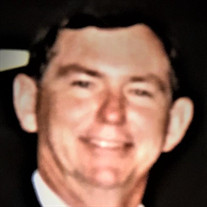 Robert Allen (Bob) Barbare, of Homestead, died January 22, after a five-year battle with cancer. Bob was born Dec. 31, 1950, in Spartanburg, SC, the third child of parents Richard and Laura Barbare, Bob moved with his family to Homestead in 1956. He attended local schools and graduated from South Dade High School in 1968. He served in the US Navy during the Vietnam Era, and when off-duty performed as rhythm guitarist/vocalist in a rock cover band that played venues throughout the Caribbean, Europe, and Africa, the highlight of which was a rowdy concert before 3000 sailors aboard a France aircraft carrier. After his hitch was up, Bob returned to Homestead, ultimately entered the produce business, and retired from Five Brothers Produce in 2015. Bob’s occasional obstinacy disguised an unassuming and generous soul; he was mostly pleasant and amiable, and quick to help those in need. Well-versed in both history and current events, he was also a reliable second baseman, a passable golfer, and a wizard at juggling frantic produce shipping schedules. Survivors include his companion, Joy Roberts of Homestead; four brothers: Richard (LaVerne), Taylors, SC; Ronald (Diane), Raleigh, NC; Ray “Chubby”, Greer, SC; and Patrick “Timmy”, Raleigh, NC; four sisters: Rita (Joe) Graham, Franklin, NC; Tina (Tom) Vellanti, and Anne Marie Barbare, both of Flat Rock, NC; and Linda (Gary) Mallette, Greer, SC; plus nine nephews and eight nieces. He was pre-deceased by his wife, Kathryn Louise Barbare, parents Richard and Laura Barbare, and brother Mark Christopher. At his instruction no service will be held, and no memorial or tribute expected. (For axemen a few bars of ‘Stairway To Heaven’ would be appropriate.) He will be remembered by family and friends as a decent, caring person---and an all-around good guy.

Robert Allen (Bob) Barbare, of Homestead, died January 22, after a five-year battle with cancer. Bob was born Dec. 31, 1950, in Spartanburg, SC, the third child of parents Richard and Laura Barbare, Bob moved with his family to Homestead in... View Obituary & Service Information

The family of Robert Allen Barbare created this Life Tributes page to make it easy to share your memories.

Send flowers to the Barbare family.