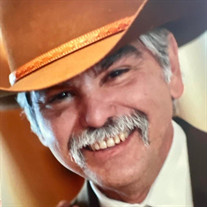 ARMANDO “AL or Mandy” HIGINIO ALVAREZ, loving husband, father, grandfather, brother, and friend. He left this world on March 13th, 2022, at the age of 70 in Miami, Florida. He was born to Dionisio Armando Alvarez Garcia and Ana Louisa Alvarez Silveira in Camaguey, Cuba on January 11th, 1952. He had an older sister and half-brother. His primary years were simple and relatively carefree. In 1960, Ana Alvarez like many others had to make the unenviable and unforgettable decision to send then 8-year-old Armando (unaccompanied) to the United States, in hope of a better life. He was one of the thousands of children that made the journey alone in one of the largest exoduses of our time “Operation Peter Pan”. With no family members in the United States yet to claim him. He was sent to an Orphanage in Saginaw, Michigan where he stayed for nearly 2 years and began learning the English Language. His sister, Milagros who lived in Venezuela, finally located him and was able to reunite with him in 1962. Together, they were later able to join their mom in Miami when she was finally able to flee Cuba. He continued his schooling and graduated in 1970 from Miami Senior High School. After graduation, he enlisted in the United States Airforce and became an airplane mechanic while stationed at Seymour Johnson Air Force base in North Carolina. He deployed to Vietnam where he served with the B-52 bombers. He was honorably discharged from the service propelling him towards another self-less career path… Firefighter, EMT, & First Responder. Armando served in a variety of roles during his 36 years with Metro Miami-Dade Fire Department. He loved the comradery shared with his colleagues at the stations he worked. Urban legend has it that he occasionally even cooked for his crew! He loved his job and especially loved driving his air-truck and foam truck. Early in his career at the fire department, he met Carmen (a divorcee with two young children) at El Don Quixote club in Miami. They married in July of 1975 and Armando had an instant family; One that he chose. They were inseparable and they were generous-in all the important ways- throughout their entire 46 years of marriage. After retiring, they began a new labor of love, fostering children. They opened their hearts and home to so many needy and vulnerable children. Until they met a very special little baby girl, they later chose to adopt. That choice led Armando out of retirement and back to work for a few more years; He did it willingly and without hesitation. In fact, he invented the #SIDEHUSTLE! He was always working somewhere part-time on his off days to take care of US… all of us, kids, friends, neighbors, family, and extended family. He worked for Phillip Morris, filled bubble gum machines on a route throughout the state and worked with the US postal service. He loved his corvettes and porches and dreamed of owning a ’63 split-window Vet and house in the mountains under the big sky. He was a drummer, played the bongos and the congas, a well-rounded percussionist, who loved rock & roll and even played in few bands. He was a Cuban cowboy, loved all things western and anything having to do with Native American culture- and the Navajo language. He loved all things sci-fi, was a Trekkie, a Star Wars fan, a trivia, and music buff. He was a walking GPS, never directionally challenged. He loved life and laughter, he was a calming and peaceful force in our household and above all adored his wife and kids. He was always the Hero of our Hearts. Armando is survived by his children, Son, Daniel Azel, Daughters Michelle Belaire and Amelie Alvarez, Brother, Jose Eugenio Alvarez Artola and Grandchildren, Andres, Alejandra, Sage, Anise.

ARMANDO &#8220;AL or Mandy&#8221; HIGINIO ALVAREZ, loving husband, father, grandfather, brother, and friend. He left this world on March 13th, 2022, at the age of 70 in Miami, Florida. He was born to Dionisio Armando Alvarez Garcia and Ana... View Obituary & Service Information

The family of Armando H. Alvarez created this Life Tributes page to make it easy to share your memories.

Send flowers to the Alvarez family.