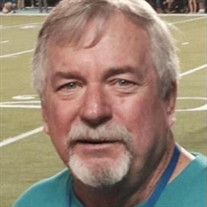 ROBERT “Willie” (Butch) WORTH WILLIAMS, JR. born on December 14th, 1948 to Bob and Mary Williams of Hialeah, Florida, died November 9th, 2021 after over 2 years of battling cancer. Willie fought a good fight with strength and good health right up until the end. He was strong and kept his sense of humor for all the Doctors, Nurses and staff to enjoy at the University of Miami Hospital where he spent his last few weeks. He is survived by his devoted wife, Verna, of 50 years who stood by his side until his very last breath; his daughter, Angela Azar and her husband, Tony of Longmont, CO; his son, Robert “Bobby” Williams, III and his wife, Jenny of Hialeah; his four grandsons, Maxwell, Blake, Nicholas, and Bo. Willie had humble beginnings and kept that humility throughout his life. He graduated from Hialeah High School in 1966 and went into the Air Force during the Vietnam War. He met his wife Verna while stationed in Michigan and started his family there. Upon returning to his hometown Hialeah, he answered the call by then mayor Milander to become a Firefighter in 1972- and fight fires he sure did! Captain Willie was never one to hesitate to run into the flames, in fact, he was first many times. Not only did he fight fires, he also fought for his fellow firefighters to gain a better work environment with health insurance, retirement benefits and increased pay for the essential service and sacrifice they provided for the community. Willie also loved to cook for his crew and that love of cooking followed him even after his retirement in 1998 where he could be found cooking for the VFW and Moose Lodge. He even enjoyed cooking for the Trick-or-Treater’s who visited his home on Halloween! In his retirement he still continued to serve his fellow firefighters by volunteering on the City’s Retirement Board. He was instrumental in seeing that those who sacrificed were taken care of in their retirement. Upon retiring, Willie was able to enjoy road trips and taking Cruises with his wife. They got to travel to many countries and “Papa Willie” loved to share his adventures with his grandsons. He also loved to play Disc Golf with them and his son and friends. Dining out was also something he thoroughly enjoyed – he was a Foodie for sure- even until his last meal of Chocolate Ice Cream which put a smile on his face. Throughout his life he was very active: boating, sailing, skiing, fishing and even got into painting and crafts in his later years. One of his joys was making holiday decorations for his yard and he was meticulous in keeping his lawn green and freshly cut! If you knew Willie (Butch), you knew he was never one to back down from a fight and always defended what he believed to be right. He was honest, trustworthy and would help anyone in need. He was always for the underdog. Spending time with Willie/Dad/Papa Willie, meant stories, stories and more stories of his past escapades and probably some food and drinks too! He loved to be able to share his past with the intensity and gusto that made you feel exactly was he was feeling at the time it occurred. He truly is a legend. He left us with many fond memories but the greatest gift he gave us was in the last week of his time here on earth when he accepted Jesus as His Savior! He was joyful and proud of that decision and the peace it gave him to know where he would spend eternity became evident especially in the last minutes of his life when he walked, with his wife by his side, into the arms of Jesus! It was the perfect ending to a life well lived and we now know we will see him again in Heaven! There will be a Celebration of Life for Willie on SUNDAY, DECEMBER 12th from 2-4 pm at Memorial Plan San Jose Palm Funeral Home, 4850 Palm Avenue, Hialeah, Florida. Please join us.

The family of Robert Worth Williams created this Life Tributes page to make it easy to share your memories.

Send flowers to the Williams family.