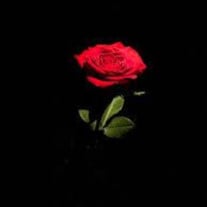 Paulene Petit was born October 17, 1960 to parents Paul Jean and Anastassie Regis in Baraderem, Haiti. Before leaving her significant other Fils Gaspard and beloved homeland, she became the proud mother of Jollinna Gaspard and Mariealaine Gaspard who preceded in her death. Her life journey brought her to the United States to pursue her dreams for the better life and future for her family. During the years that would follow, she would have many successful triumphs.. though the road ahead wasn't easy for her, Paulene was able to make a home for herself in Brooklyn, New York with Jean Maurice Ladoucer together they had Joane Ladouceur and Jean Robert Ladouceur. Full of life, Paulene would later meet the love of her life Jude Petit and his daughter Ester Jean, that union would produce their only biological child together, Rucci Ladouceur. She is survived by her two sisters Marge Beaubrun, Samaritaine Jean - Francois, all her children, and her grandchildren: Brianna Ladouceur Zaria Ladouceur, Joshua Ladouceur , Michael Ladouceur, Atarah Fisher, and her great grandchild Noah Gatlin. Nieces Diana Jacques, Edwina Jacques, Anasta Beaubrun, Shellise Beaubrun, Gelsey Beaubrun Reueleasah, Jean Francois, ShaSha Jean Francois. Nephews: Roger Beaubrun Michael Beaubrun, Peter Beaubrun, and her son - in - law Frederick Fisher and Countless family and friends. Our mothers life at the age of 61 years old would seem to short to many but those who were touched by her understands that the quality of existence far exceeds the quality of time in which one lives. Lovingly Submitted, The Family

Paulene Petit was born October 17, 1960 to parents Paul Jean and Anastassie Regis in Baraderem, Haiti. Before leaving her significant other Fils Gaspard and beloved homeland, she became the proud mother of Jollinna Gaspard and Mariealaine Gaspard... View Obituary & Service Information

The family of Paulene Petit created this Life Tributes page to make it easy to share your memories.

Send flowers to the Petit family.